You are here: Home / Fitness Nutrition / Supplements / The 10 Benefits of Creatine 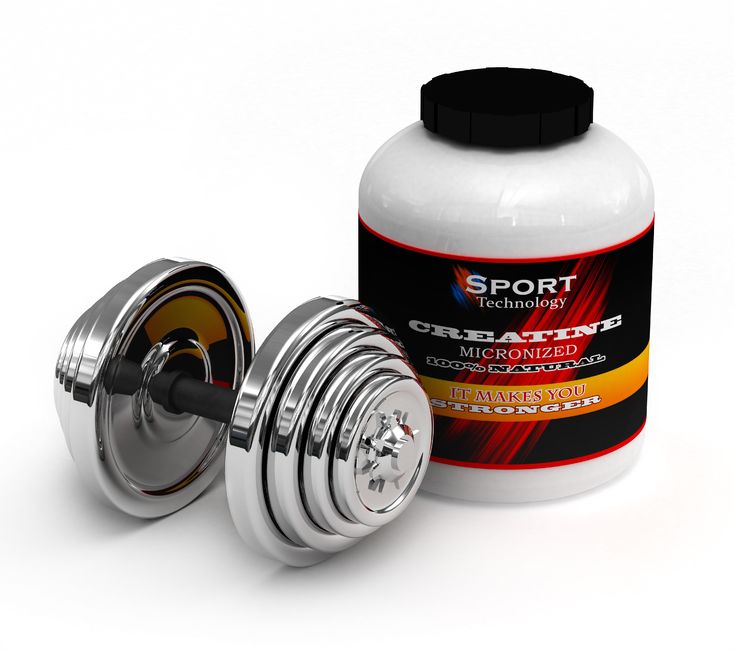 Creatine Monohydrate is stored in the muscle cells of your body and used to create additional energy. Whenever you contract a muscle you are using stored ATP (Adenosine Triphosphate) to produce the energy to do this. The contraction would be very short though without additional ATP that comes from the phosphocreatine system. This system uses creatine to help turn ADP into ATP, thus allowing you to perform longer and more numerous contractions. The more creatine you have in your body, the more contractions you can perform.

Most of the creatine we get in our diet is through meat, but this is not nearly enough to hit the optimal levels required to perform at your best. Vegetarians and vegans, in particular, would have levels much lower than required. So supplementing with creatine (which comes from vegan sources) will help people to hit that target.

So what can supplementing with Creatine do for you? This article will look at 10 specific benefits of creatine whilst hopefully dispelling some myths surrounding it.

Training at a high intensity can provide a lot of benefits but it can also have some negative side effects. Effects such as cell damage and inflammation. In 2004 a study was taken using endurance runners, the subjects were split into two groups: the control group took maltodextrin for 5 days whilst the other group took maltodextrin and 5g of creatine. The study found that the creatine group had less post-race cell damage and less inflammation than the control group [1].

Benefit #2. Creatine can prevent the catabolism of muscle

If you want to terrify a bodybuilder, tell him that the food he just ate will make him catabolic! Catabolism is the process of breaking down tissue (in this case muscle tissue) for energy by the body. So long as your stress levels are low and you are eating a high protein diet, the risk of muscle catabolism is very low. But it is still good to know that a 2001 study found that creatine may prevent the catabolism of muscle in men [2].

HGH or Human Growth Hormone has many benefits it can increase energy, reduce body fat, build bigger muscles, lower blood pressure, and increase bone density. Finding (legal) ways to increase HGH safely is a great way to improve your health, particularly if you are suffering from low levels.

A study by Schedel et al (2000) found that taking high doses of Creatine (20g) led to increases in GH that were similar to the increase that exercise provides [5]. Needless to say taking creatine and exercising would lead to even greater gains.

Anaerobic capacity is the ability to sustain exercise without using oxygen, having a higher capacity would mean having an improved performance in exercises such as sprinting, or Olympic lifting. A study by Stout et al (1999) found that supplementing with creatine increased anaerobic work capacity by 9.4%, but when creatine was combined with carbohydrate it increased by 30.7% [6].

This study shows that creatine taken with a form of carbohydrate is more effective than creatine alone when it comes to anaerobic capacity.

The main reason people take creatine is to increase power, this is a well-documented benefit and something that most people already know. What you might not realise though is just how fast creatine can begin to make improvements. A study in 2012 found that after only 7 days of supplementation creatine was able to increase power during a Wingate test [8].

For those that are curious, a Wingate test uses an exercise bike to determine anaerobic capacity (which we mentioned earlier) and power. It is also one of the most horrific tests ever – and it only lasts 30 seconds!

Alongside power, most guys buy creatine to get bigger muscles, and luckily for them, there are many studies that show that creatine can increase muscle hypertrophy. A study in 2007 found that creatine and protein when taken together produced even greater results than protein or creatine alone [9]. This means that a post-workout whey protein shake with added creatine might be the best way to build bigger muscles.

So there you have it, ten benefits of taking creatine. As you can see there are not only performance benefits, but also health and cognition benefits, creatine has been a very misunderstood drug over the years. People still believe that it is an illegal steroid (it’s not), that it can cause kidney damage (it can’t) and that creatine is only for bodybuilders.