You are here: Home / Health Benefits Of... / 8 Easy Ways to Cut Calories 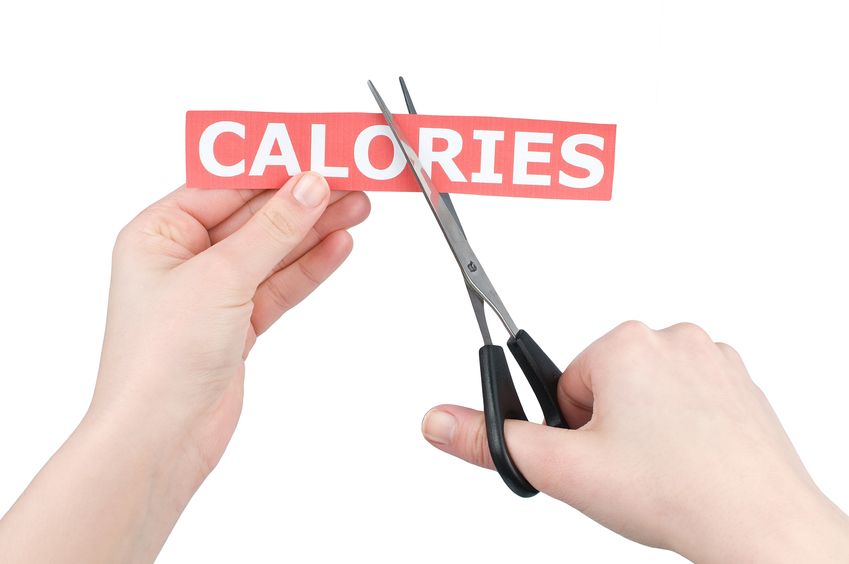 Obesity is one of the greatest epidemics currently facing modern society today. In a time where people are sitting more and being less active, diet plays a particularly crucial role in the way people look, feel, and live. Although losing weight can sometimes be a difficult undertaking that seems overwhelming at times, several steps can be taken to reduce the number of calories in our diets. Lowering caloric intake at a regular rate is more conducive to weight loss success than a drastic and sudden reduction. However, cutting calories does not have to involve a complete lifestyle change and overhaul. There are several different methods of cutting calories to help aide in reaching weight loss goals.

1) Stop Drinking Calories: People tend to consume far more calories from drinking beverages than they are led to believe. Even drinks commonly considered healthy such as juices are calorically dense. An eight-ounce glass of Orange Juice has approximately 200 calories, and a glass of whole milk has roughly the same. Sodas and alcohol also contain hundreds of calories made from empty carbohydrate sources. Additionally, drinking calories does not provide the same level of satiation as eating actual whole foods. A study conducted published by the US National Library of Medicine found that solid meals are more satisfying than liquid meals (1). Eliminating liquid calories will aid weight loss and prevent consuming unnecessary empty carbohydrates. Stick to low to no calorie drinks such as water, black coffee, and tea.

2) Avoid high-calorie condiments: Another way people unknowingly consume high amounts of calories is through condiments and other food additives. A serving of mayonnaise can have a high fat content along with several hundred calories. A teaspoon of barbecue sauce can have thirty calories which add up quickly considering people apply it liberally. Even adding something as arbitrary as a couple of creamers to coffee can make that morning cup of joe worth a couple of hundred calories. Stick to condiments that are vinegar or spice based such as hot sauces and mustard while avoiding sugary or creamy ones such as ranch and ketchup. Although these choices seem minimal, the results will culminate into vast caloric differences.

3) Eat more frequently: Often people become busy with their lives and have little free time to sit down and enjoy a meal. As a result, when they do sit down to eat they consume more calories than they expected by way of binge eating. A study concluded that overweight adults may experience improved glycemic response and lose weight when eating smaller, more frequent meals (2). Eat smaller meals that are 200-400 calories several times per day as opposed to eating two or three 1000+ calorie meals. It takes the body about fifteen minutes to realize its full so eating smaller meals periodically throughout the day is much more beneficial.

4) Drink more water: People tend to get hungry while dieting but their bodies might be telling them they’re thirsty. Chronic dehydration can send signals to the brain that mimic the feelings of hunger. Maintaining adequate water intake will fend off hunger pangs while dieting in a caloric deficit.

5) Use smaller plates: Overeating is a common occurrence because people simply do not know what constitutes a serving size. They might grab an enormous piece of meat with three cups of rice since it fits on their plate. Studies have shown that plate sizes can, in fact, affect how much food is consumed (3). A simple way to avoid this is to use a smaller plate and limit serving sizes to a modest amount. For a more accurate and precise way to do this, invest in a ten dollar food scale for calculating exact food measurements. Just because food is readily available doesn’t mean it’s necessary to be gluttonous.

6) Limit use of oils and butter for cooking: Whether it be olive oil for pasta or vegetable oil for chicken, people tend to overuse these fat-laden ingredients while cooking. Just a tablespoon or two of cooking oil can quickly result in several hundred additional calories from cooking. If someone is supposed to be eating 2000 calories per day, who wants to spend a quarter of their overall caloric intake on something they don’t even taste? Instead use non-fat cooking sprays as a substitute. There will be little to no difference in the food’s overall taste and quality.

7) Increase vegetable intake: Vegetables are the most voluminous low-calorie food available. One can consume several servings of vegetables and not even reach the 100 calorie mark. Simply cutting rice intake in half and replacing with vegetables can save hundreds of calories per meal. In the long run, this can mean several pounds lost over the course of a year. Vegetables don’t have to be boring either. Grilling veggies or sautéing them can make them taste good while still maintaining a low-calorie count. Vegetables are also high in fiber and beneficial to overall health.

8) Read serving sizes: If you were to ask someone how much a serving of something is they generally would not have the slightest idea. For example, a serving of potato chips is usually somewhere in the neighborhood of 8 to 10 chips total. Most people are quick to eat several times more than that in a single sitting. By taking the time to understand how much of something a serving is, there is less of an opportunity to overeat and indulge.

Dropping calories does not have to mean undergoing a complete diet overhaul. Follow the steps listed above, and you will be well on your way towards gradually decreasing daily calorie counts and losing weight as a byproduct. A few simple lifestyle changes can go a long ways towards seeing positive changes that last a lifetime.