You are here: Home / Processed Food / Are Sports Drinks Healthy? 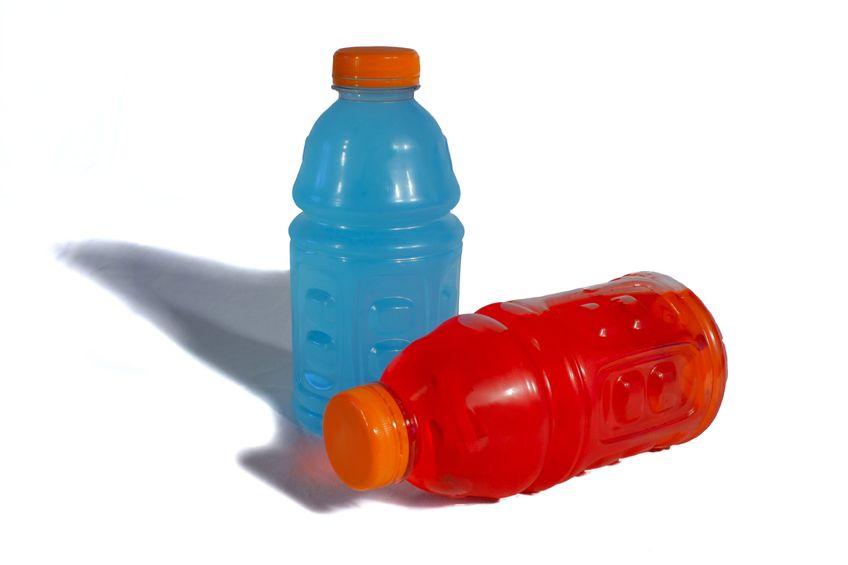 Sports drinks are a $1.5 billion per year industry in the United States alone today. The popularity of these beverages broke onto the scene in the 1960’s when the University of Florida created Gatorade, named after their mascot: the Gator. The university mixed water, salt, sugar, and lemon flavors to create the first version of this sports drink. Due to its local popularity , they began to offer it to more and more places, and its popularity spread.

Today there are dozens of sports drink companies, most of them owned by huge companies like Pepsi, Coca-Cola, among others. Unlike soda, sports drinks were promoted as healthy ways to stay hydrated while working out. To further push this idea, the owners of sports drinks paid to have ‘research’ conducted to show the importance of staying hydrated using these types of drinks. Unfortunately, most of the research carried out was questionable at best.

Today, millions of people consume sports drinks during practices, games, and any other physical activities because they assume that it is a healthy way to keep their body well-hydrated, which they have been taught is essential. The question is, are sports drinks healthy, or do they cause more harm than good?

Sports Drinks Can Cause Overhydration

The ‘science’ behind sports drinks tells athletes that they need to remain fully hydrated at all times to perform at peak levels. With this in mind, many people drink sports drinks before, during and after all types of athletic events. While avoiding dehydration is important, it actually may not be as critical as many people assume.

In fact, while there has been no evidence of anyone dying from dehydration while performing endurance sports like running a marathon, there have been many examples of people dying from complications associated with overhydration. Overhydration can cause a serious issue known as hyponatremia, which is essentially having too little sodium in the blood. When people drink too much liquid in a short period, it can strip the sodium out of the body, causing this condition.

The British Medical Journal published information that found that even though sports drinks contain sodium, they don’t prevent hyponatremia, and can lead to overhydration. Endurance athletes who drink too many sports drinks are just as likely to suffer from issues related to overhydration as those who drink water. The fact that the sports drink makers are pushing the idea that athletes need to hydrate before, during, and after all exercise can be quite dangerous.

Sports Drinks Are Full of Sugar

Many people love sports drinks because they taste great. They often have just as much sugar as a normal soda, but instead of being recognized as unhealthy, the sugar content is marketed as healthy carbohydrates that will give athletes the energy to perform at their best. This much sugar on a regular basis can cause issues such as type 2 diabetes, inflammation of the blood vessels, and a wide range of other health concerns.

Consuming this much sugar is never a good idea, and even if the person is physically fit, they may be unhealthy due to these sports drinks. Don’t get tricked into choosing sports drinks flavored with artificial sweeteners either. These artificial sweeteners can be terrible for you as well, and some evidence links them to issues including headaches, stomachs, and even cancer.

Even if some people can justify the added calories from the sugar in their sports drinks because they are working out so hard and so often, that would only apply to a slight percentage of the population. For the vast majority of average people, drinking sports drinks will add in as many or more calories than those being burned by working out. This can cause people to gain weight, even if they are working out on a regular basis.

What to Drink, How Much to Drink, and How Often to Drink

So, if sports drinks aren’t the healthy option that many have been led to believe, what should people be drinking? Whether it is a professional athlete, a marathon runner, or an average Joe going to the gym for a workout, the best thing you can do is to turn to fresh water to quench your thirst. As far as how much to drink, and how often to drink, the simplest answer is to trust your body.

Human beings have been ‘working out’ for thousands of years, even if in the past working out was more out of necessity than just to stay fit. People have a built-in system to help ensure they remain hydrated, and it is known as thirst. When you feel thirsty, drink water. If you still feel thirsty later, drink some more water. If you start to feel overfull of water, then drink a little less. The point here is that your body knows what it needs, and will send you very clear signals to help ensure you get enough liquids to remain healthy.

Sticking with a healthy, natural diet, and consuming enough water to keep you feeling satisfied will ensure your body is functioning properly. This advice applies to the vast majority of people, including those who work out on a regular basis. Certain types of athletes that perform unusual routines, however, may want to talk with a trainer or other professional who has experience in that particular area. For everyone else, work out, drink water, and enjoy a long and healthy life.