You are here: Home / Organic / Benefits of Organic Food 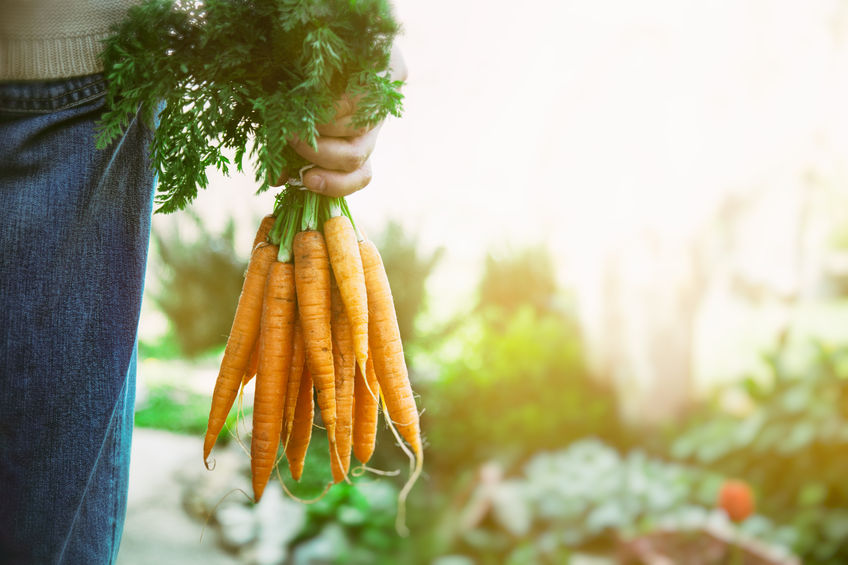 Organic food has been growing in popularity quite rapidly over the past several years. Most people assume that organic foods are better, but they usually do not understand why. While their assumptions are spot on, it can be very helpful to learn the actual benefits of organic food and why they are so important. Having this understanding can help you to justify the higher costs of food, explain your diet to friends and even stick to choosing organic when it becomes difficult.

Better for the Environment

One of the biggest benefits of organic foods is that they are much better for the environment. Organic food and even organic livestock are grown or raised in a way that is much more natural. Since they don’t use pesticides and chemicals, there is a much lower overall impact on the farmland. Land used for organic farming will be utilized more in the long-term.

Many people suspect that the chemical pesticides are causing problems in the bee population and also resulting in bugs that are becoming resistant to them. Looking toward the future, these could be severe issues. Buying organic foods is an excellent way to ensure the environment is protected as much as possible so we can enjoy great, healthy foods long into the future without any trouble.

Kinder to the Animals

While it is certainly possible that an organic farm would keep their animals in small cages and may not treat them in the best ways possible, it is relatively rare. Large commercial non-organic farms tend to focus on high production foods rather than the quality of life for the animals they are raising. This is why you will find most chicken farms set up with thousands of cages to keep the chickens in one small area.

Organic farms, on the other hand, generally allow chickens to live ‘cage-free’ or even ‘free range,’ which is a much better option. Cage free simply means the chickens are allowed to walk around freely but is most commonly going to be in a large barn or other enclosed area. Free range chickens, on the other hand, are kept outside where they can eat their regular feed as well as bugs and other natural foods. Of course, they will have an indoor area where they can go to rest and lay eggs.

The quality of life for the animals on an organic farm is almost always going to be much more pleasant than those raised on non-organic farms.

Better for Your Health

When it comes to your personal health, there is some debate about whether or not organic foods are a better option. The FDA has stated that organic foods and non-organic foods are equally healthy. On the other hand, there have been a variety of studies done on specific products that have shown particular health benefits for organic options. The following specific food studies are great examples of this:

Of course, many other organic foods have been studied and found to be better for you than their non-organic partners. Even for foods that have not been studied extensively, however, many people advocate choosing organic over non-organic options.

The taste of food is very subjective, so it is hard to say that one particular type of food is always going to taste better than another. Many people say that organic foods taste far better than non-organic versions of the same products. This is often because the organic foods are grown in a natural way whereas non-organic options are often genetically modified for things like color and shelf-life.

The foods that are growing the way they would in nature, they typically have a better overall taste to most people. Another reason that these foods are often thought of as tasting better is that they are fresher in many cases. Since organic food tends to spoil faster than non-organic options, stores usually try to buy more organic food from local farms. This means it goes from the farm to the shelf to your plate in far fewer days than with non-organic foods.

Shopping for your food is an important part of eating healthy. Whether you are attempting to eat exclusively organic foods or you just want to add more of them to your everyday diet, it is important to shop wisely. Looking for foods that have labels confirming they are organic is essential. Just because something is in the organic food aisle at the supermarket, does not mean it is 100% organic. Taking the extra time to choose the right foods every time you go shopping can help you to enjoy all the great benefits of organic foods over time.