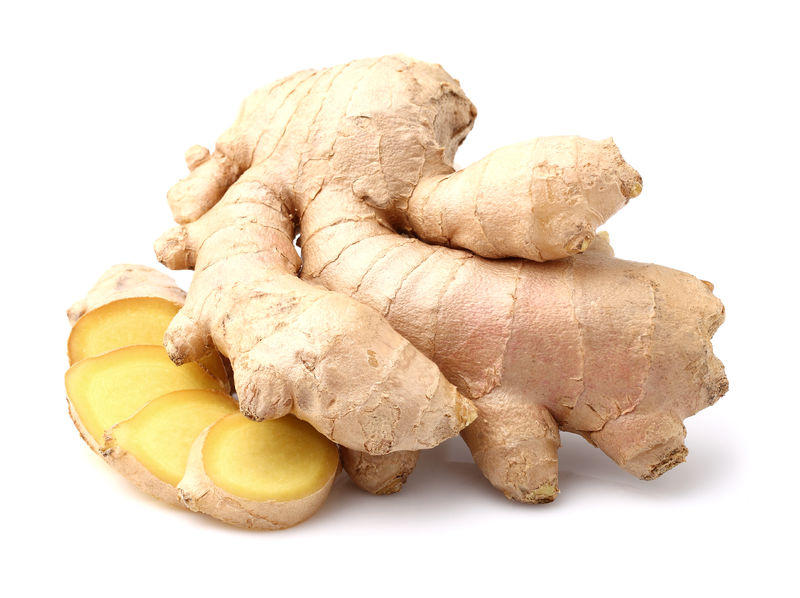 Ginger is one of the healthiest spices that is used in many popular dishes. In fact, when you look at its global popularity, it is the most commonly used spice in the world. In addition to being great in recipes, it is also used in sodas, and many Chinese and Indian tonics and treatments. While there is no doubt that ginger is a great tasting addition to many recipes, is it good for you?  The answer is YES!  It offers many incredible health benefits.

The biggest health benefits of ginger come from a compound known as gingerol. It is found in the ginger root and is a very effective antioxidant as well as an anti-inflammatory agent.  Whether you take ginger supplements, or directly cook with it, you’ll enjoy a healthier mind and body. Learn about some of the best known, most studied, and most significant health benefits of ginger below.

Heart disease is the biggest killer of both men and women around the world. Keeping your heart healthy is critical, and one great way to do that is to consume ginger regularly. Ginger has the same components as garlic and onions when it comes to preventing blood clots. This can help to reduce the risk of heart attacks and strokes.

A recent study looked at individuals with type 2 diabetes and had them consume 2 grams of ginger powder per day. They found that those who consumed the ginger had a 12% lower fasting blood sugar, which is imperative for diabetic health. While additional study would be required, it stands to reason that ginger can also help reduce the likelihood of developing type 2 diabetes for the same reasons.

Those who struggle with digestive issues should look to ginger as a part of their overall diet. Ginger, to begin, has been shown to reduce the time it takes for food to pass through the stomach, which is an important part of the digestive process. The study found that those who consumed soup containing ginger digested it in 12 minutes compared to the 16 minutes without. Another study found that those who consume 1.2 grams of ginger powder before eating a meal had their stomachs empty 50% faster than those without. The ingestion of ginger can help reduce digestive discomfort

For women, menstrual pain can be extremely uncomfortable. While plenty medicinal products claim to be effective, few can compare to the benefits found when women consumed 1 gram of ginger powder per day. A study looked at 150 women who did this and discovered that this natural remedy was as effective as the most common drugs women take for menstrual pain relief.

Keeping the bad cholesterol (LDL) in check is paramount for overall health. A study looked at 85 people who consumed 3 grams of ginger powder per day and found that it caused statistically significant reductions in the major cholesterol markers. Another research supports this in rats that found that ginger reduced LDL as effectively as common cholesterol lowering drugs!

Raw ginger has been shown to contain properties that can prevent cells from uncontrolled growth associated with most cancers. There have been conflicting studies on just how effective ginger can be on any particular cancer, and additional research is needed. While it may be too early to talk about specific benefits, however, there is certainly evidence that ginger is a smart addition to the diet of anyone looking to reduce the risk of cancer.

Ginger has been used for thousands of years to help fight infections and keep people healthy. Ginger extract has been shown to limit the growth of a wide range of different bacteria types, which is important. It has even been shown to reduce the risk of gingivitis and periodontitis, both of which can cause serious health issues in the mouth. Those who struggle with respiratory infections will want to add this spice to their diet as studies indicate that it may help stop the RSV virus, which is a common cause for this type of health problem.

Easy to Add to Your Diet

One of the best things about ginger is that it is so easy to add to your diet. Unlike many foods that may be better for you, but are hard to work into a meal, ginger is surprisingly easy. Of course, you can add it to many different recipes to improve the taste. Even some recipes that don’t explicitly call for ginger can be enhanced by adding a little bit of it. If you can’t work enough of it into your regular diet there are also many high-quality supplements that can provide many of the same health benefits as fresh ginger.