You are here: Home / Diets / Paleo / Health Benefits of Eating the Paleo Way 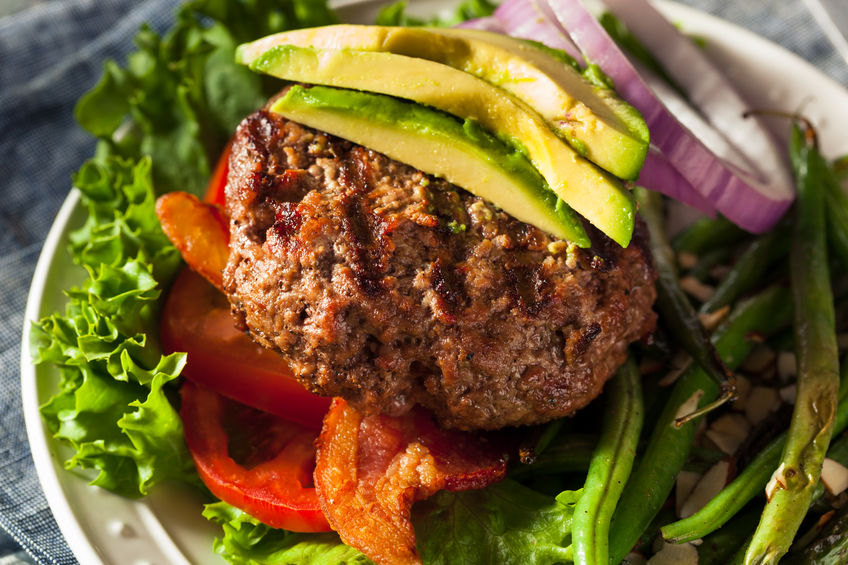 The Paleo diet has emerged as one of the world’s most popular diets. The pure amount of recipes, websites and Paleo products available is a testament to the fact that its popularity is growing on a daily basis.

Some have criticised it as just another fad diet, but the recent research doesn’t lie, the Paleo diet benefits your health in numerous ways. Not only benefits that can be felt right way, but also enjoyed over the long term by preventing many of dreaded diseases of lifestyle.

The American Heart Association recently released a report highlighting that heart disease remains the number one global cause of death with 17.3 million people dying from it annually (1). This equates to almost 1 in 3 global deaths per year.

One of the main reasons for this global issue is our Western diet, which is full of refined and processed food products. The Paleo diet moves completely away from the Western diet by promoting only food that would have been available during the Paleolithic era.

In a short-term study with participants following the Paleo diet over a ten day period, their total cholesterol decreased by 16%and their LDL (Low-density Lipoprotein) decreased by 22%. Lastly, blood pressure also improved (4).

Over a longer period, another study showed the same if not better results with total cholesterol, triglycerides as well as LDL cholesterol all decreasing (5).

The End of Food addiction and Uncontrolled Sugar Cravings

We all know the feeling when you’ve had a bad day and tub of ice cream is shouting at you from the kitchen. In an effort to feel better we immediately seek comfort by resorting to sweet sugary foods as an instant reward. The next morning you feel terrible, as you’ve finished the ice cream, the chocolate and perhaps even a box of sugary cereal. And so it seems the cycle of food addiction continues.

With the Paleo diet, the days of uncontrolled cravings and binges are over. When you first start eating the Paleo way cutting out sugar and other processed junk food is hard, but very soon the cravings disappear and your energy levels stabilise. In fact, after a while, many Paleo followers report feeling completely okay watching someone else eat that piece of chocolate cake.

In effect by cutting out the sugar and other refined carbohydrates you have broken the addictive cycle of your brain wanting to be rewarded with sugar (6).

Diabetes and insulin resistance are fast becoming world epidemics. In fact, the World Health Organisation predicts that by the year 2030, diabetes will be the 7th leading cause of death in the world (7).

While these statistics are beyond scary, the good news is that by eating according to the Paleo principles you can ensure that you and your family stay healthy.

The Paleo diet promotes the inclusion of delicious healthy whole foods that are packed with fibre. It also encourages cutting out of processed and refined junk foods. The end result being an immediate decrease in blood sugar levels and an over time an improvement in insulin sensitivity. In a nutshell, by eating according to the Paleo principles you can easily reverse insulin resistance and ensure that you do not develop full-blown diabetes (8).

A cornerstone of the Paleo diet is an emphasis on the inclusion of fresh, vibrant vegetables and salads at every meal. By increasing the amount of fresh produce in your diet you are naturally increasing your fibre and antioxidant intake. Antioxidants have long been proven to fight against cancer and aging (9). The overall long-term benefit to this is a reduction in your risk of developing certain cancers (10,11).

Another foundation of the Paleo diet is the exclusion of grains and other processed carbohydrates. Further research has found that certain gut bacteria, which are associated with colon cancer, thrive off carbohydrates (12). The Paleo diet may therefore specifically reduce our risk of developing the dreaded colon cancer.

Unfortunately for many people, the Paleo diet is the end of a long road filled with extreme dieting and failed attempts at losing and keeping weight off. The beauty of the Paleo diet is that there is no starvation or feeling deprived. No cutting out of food groups or drinking strange shakes. Only normal healthy unprocessed whole food.

The end result is natural, effortless weight loss. Of course sometimes losing weight is not the problem, but keeping it off. A recent study followed the progress of a group of post-menopausal women who were following the Paleo diet. Over the period of 2 years the women not only lost weight but also had success in keeping the weight off (13).

Being overweight is normally associated with the risk of chronic diseases like diabetes and heart disease, but did you know that studies have also found that being overweight is a risk factor for colds and flu (14,15)?

And as we’ve already pointed out, one of the main benefits of the Paleo diet is the associated weight loss. So not only will you look and feel better but your immune system will also be stronger. This means fewer sick days and a healthier family overall.

The Paleo diet is not about counting calories, obsessing over food or worrying over portions. What it is about is eating food in its most natural unprocessed state. Food that is nutritionally dense, satisfying and easy to prepare. By following the Paleo diet you can be confident that by vastly improving the quality of the food you are eating your body will naturally respond with weight loss, increased energy and vastly improved health over the long term.