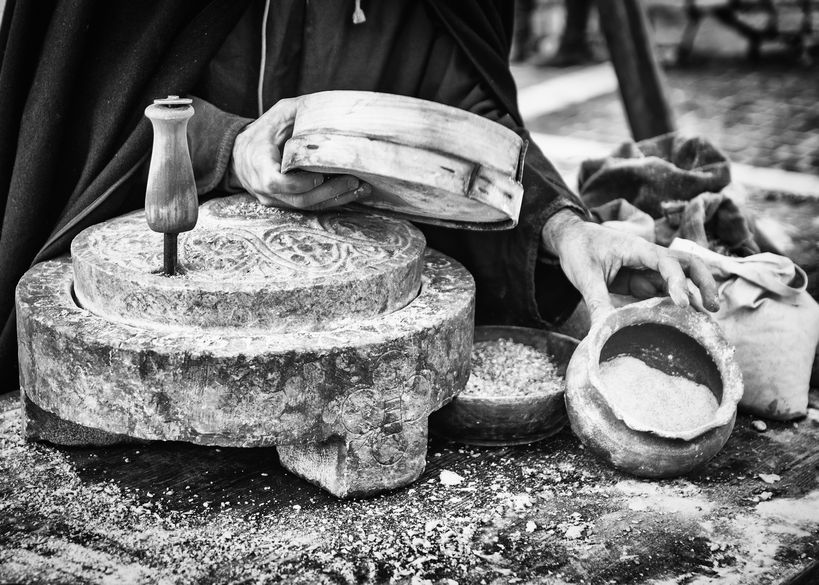 When people hear about processing foods, they assume that it is not good for you. In many ways, they are not wrong. Modern processing of food is responsible for an endless list of health problems, obesity, and much more. Much of this website is dedicated to helping people eat healthier by avoiding processed food.

To properly talk about processing food, it is important to understand exactly what is meant. Technically, anything that you do to food other than eating it as it is found in nature is a form of processing. So, unless you survive on raw meats, berries, vegetables, raw nuts, and other similar foods, you do eat processed foods.

In fact, the ability to process foods is one of the things that set human beings apart from other animals millions of years ago. While the history on this topic is not settled, being able to process foods almost certainly allowed early humans to live longer, be stronger, and survive where other species died out. Let’s look over some of the different ways that people have been processing their food throughout history.

Cooking food is one of the most basic forms of processing. It is virtually impossible to determine when humans first started cooking their food, but there is a growing amount of evidence to suggest it was MUCH longer than most people used to think. Our ancestors likely cooked meat as much as 1.8 million years ago.

Some anthropologists believe that early humans who cooked their food over fire got more nutrients out of their food. Also, many parasites and bacteria were killed by the heat, which helped the people to stay healthier. This, the scientists suspect, allowed the early human brain to grow larger than their ancestors. Eventually, this larger brain became one of the major traits of homo sapiens. So, if these scientists are correct, one might say that processed food is responsible for the existence of humans!

Bread is a staple in many people’s diets today (whether this is healthy or not is a topic for another article). The earliest evidence of humans making bread comes from about 30,000 years ago. Scientists found starch grains on mortars and pestles. These starches were found to originate from the root of plants such as cattails and ferns. Scientists are convinced that the humans of that time pounded the roots into flour, which they then mixed with water and baked.

The bread would have been a nutrient-dense food that they could take with them on their travels. This could include hunting parties, raiding parties, or just nomadic peoples. This early bread would have also been much more resistant to spoilage than most of the other foods they had access to at the time, which was vital.

This type of evidence of early bread making has been found in Italy, the Czech Republic, and Russia, which indicates that it was fairly well-spread.

It was about 9000 years ago when some archaeologists believe humans started making and drinking beer. While it would have been a whole lot different than the craft brew you might be enjoying today, the basic concept was somewhat similar.

Scientists believe that ancient civilizations were making bread and accidently produced beer in the process. Once this happy accident was discovered, they undoubtedly began brewing it intentionally (and enjoying it very much).

While these archaeologists believe that the first beer may have been about 9000 years ago, there is actual physical evidence from pottery shards that was found in Iran that confirms beer was being made at least 5500 Years ago, which his still pretty impressive.

There has been proof of winemaking that dates back to about 5400 BC (about 7400 years ago). This was found in the Zagros Mountains, located in Iran. It is believed that this is where people first started making wine, which they then spread around the region.

Not surprisingly, processing of food led to cheese shortly after wine. Most experts agree that cheese was another accidental discovery where someone put milk into the stomach of an animal, shook it around for a while, and tasted the results. While the initial batch of cheese was likely accidental, people would have quickly realized just how important this discovery was. Cheese offers most of the same nutritional benefits as milk, but can be kept for much longer without spoiling.

Archaeologists in Poland found milk fat remains in ceramic containers with holes in them. This is believed to have been used as a strainer to make larger blocks of cheese. The cheese could then be wrapped in leaves or other things and eaten over the course of several days or even longer.

While people have been eating olives for a very long time, the oil was essentially inedible due to how bitter it is. Evidence suggests that about 6500 years ago in the Eastern Mediterranean the people were fermenting olives in lye. They could then press them for their oil, which would taste much better than raw olive oil.

The ancient Mesopotamians are believed to be the first people to use vinegar to store vegetables. Pickling vegetables allowed these people to enjoy foods that would have otherwise been out of season. Storing vegetables for times when food was scarce would also let them avoid starvation much more easily than would otherwise be possible.

About 3900, people living in the Central America region took cacao beans and ground them up, mixed the powder with water and drank the results. This is the first known example of any chocolate, though it would taste nothing like the typical chocolate bar of today.

Let’s end part one of this post on the history of processed foods with one of the most popular and delicious foods on the planet. Bacon. The first known examples of bacon came from China, where the cooks would take pork bellies and salt them. The salt would act as a preservative, but also tasted delicious. While we may have hundreds of varieties of bacon today, they call all be traced back to this simple version from our history.

As you can see, humans (and our ancestors) have been processing foods for a very long time. There are dozens of other examples of foods that were processed, many of which had a significant impact on the advancement of human cultures. Read part two of this series to learn more about the history of food processing, including how modern civilizations processed foods.