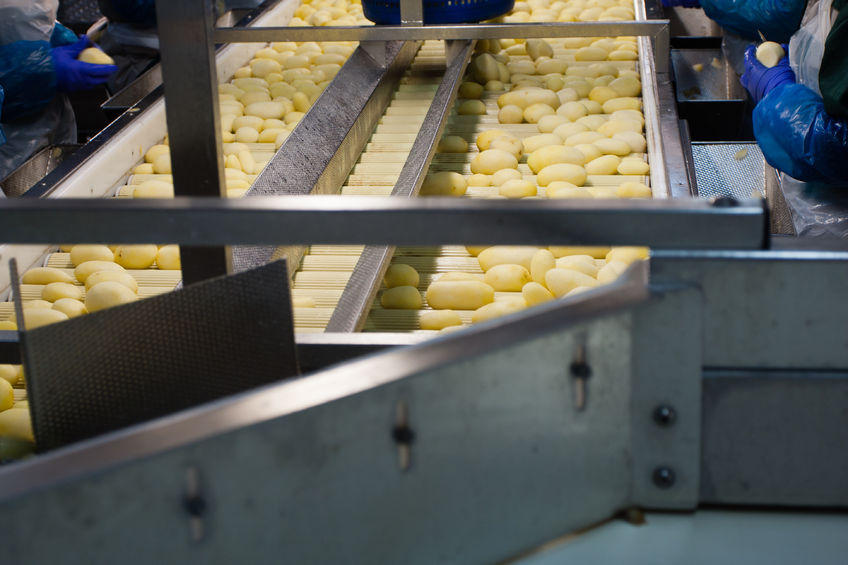 Part one of the History of Food Processing covered some of the ancient forms of food processing, which included things like cooking meats, salting meats, making bread, brewing beer, and much more. For the most part, the food processing of our ancestors was taking nature’s responses to different conditions, and taking advantage of them. While it is certainly a form of processing, it was much more natural than what we see around us today.

The beginning of new cereals started back in 1894 when the Kellogg brothers decided to develop food from corn. The intent was to be able to feed it to Seventh-Day Adventists, who followed a vegetarian diet. In addition, the Kellogg brothers wanted to supply the local sanitarium with the flakes to feed the residents. While far less processed than modern cereals, corn flakes set the ball in motion for much of what we see on the shelves today.

This is one of the earliest examples of modern processing. Today we find MSG in many highly processed foods, most famously, Chinese foods. It was originally developed by Kikunae Ikeda, a Japanese organic chemist. He wanted to find a way to chemically reproduce the taste of kombu dashi, which is a seaweed-based stock. He first made MSG when he evaporated a large amount of dashi broth, and the residue that was left over was the MSG.

Long before the email version, Spam was once known as, “Hormel Spiced Ham.” It was a relatively simple food, pork shoulder that was cured and placed in a can. It was, however, quite revolutionary in that it helped provide a much longer lasting way to store cooked meats. It became popular when the US Army purchased over 150 million pounds of it to help feed soldiers in World War II. After the war was over, many soldiers continued to enjoy this long lasting food. The name was shorted to Spam, which stood for ‘shoulder of pork and ham.’

When it comes to processed food, none is as well-known as high-fructose corn syrup, or HFCS. A team of American scientists found that they could use specific enzymes to take glucose in cornstarch, and turn it into fructose. This was the first example of high-fructose corn syrup, but it still wasn’t the mass produced version we have today. That did not come until 1967 when a Japanese scientist developed a much faster and more economical process of making the substance. This provided the food industry with a cheap, easy to use product that could sweeten just about anything.

In 1967, the University of Florida developed a drink for their football team that was designed to provide the athletes a fast way to replenish the liquids and energy they used while playing. The beverage quickly became popular. They worked on developing additional flavors, and today it is a popular sports drink enjoyed by billions globally.

The popular no-calorie artificial sweetener, Cyclamate, was banned by the FDA in 1969 because it was linked to cancer in lab rats. While still used today in many countries, many people look at this event as one of the earliest examples of people becoming distrustful of overly processed or unnatural foods. Of course, artificial sweeteners and other processed foods are still very popular, but they are looked at with concern by most people.

PET beverage bottles were patented as the first, and at the time only, safe plastic drinking bottle that had the strength to hold carbonated beverages. Within two years the first plastic soda was hitting the market. While not processed food itself, plastic containers like this have done a lot in helping companies to keep food from spoiling while on the shelves for extended periods of time.

Aspartame got its approval in 1981 and quickly became available under the ‘NutraSweet’ name. It helped to popularize diet drinks, which before this were sweetened with saccharin. NutraSweet is still one of the most popular artificial sweeteners on the market, and also one of the most studied food substances ever.

Lunchables were first put on shelves in 1988 by Kraft. These conveniently packaged, single person meals quickly became a hit with both mothers and kids. Just like the leachable of today, they contained processed meats, cheese’s, crackers and other foods that had long shelf lives. This convenience was demanded in large part due to the rapidly increasing number of mothers who entered the workplace and didn’t have the time to make full lunches each morning.

The 1990’s were filled with products that were launched and marketed as healthy snacks. This started with Frito-Lay launching their Sunchips, which were the first multigrain snack. While most people today agree that these types of snacks have questionable health benefits over other options, they were very popular and continue to be big sellers.

In 1990 the Nutrition Labeling and Education Act passed, which began the process of requiring all packaged foods to have nutritional labeling. In 1992, this became mandatory. Putting nutritional information helped to push healthy thinking to the front of many people’s minds. It also helped to launch the ‘low/no fat’ demand that continues today.

When it comes to the way food is processed and sold, the 2000’s are likely best known for the merging of many companies together to make massive food manufacturers. There were dozens of major mergers and acquisitions through this decade. Some included Kraft acquiring Nabisco for $19.2 billion, J.M. Smucker Co buying International Multifoods for $840 million, Nestle acquiring Gerber for $5.5 billion, and many others. Having these large food manufacturers is a concern for many since their primary goal is profit, rather than healthy foods.

The processed food industry is creating massive amounts of foods each year, and those in Western countries are literally eating it up. While just about everyone knows that highly processed foods are not very healthy, they are willing to put up with it for the convenience. There is a growing movement of people moving toward all-natural, or minimally processed foods because of the dramatically improved health benefits. Even some of the major food companies are starting to offer minimally processed options to meet demand.

Of course, people will continue to process foods in a variety of ways long into the future. Becoming more knowledgeable about what that means and how it is done will help to keep people safe and allow them to have convenient, but healthy food options.