You are here: Home / Processed Food / The Increasing Importance of Protein as you Age 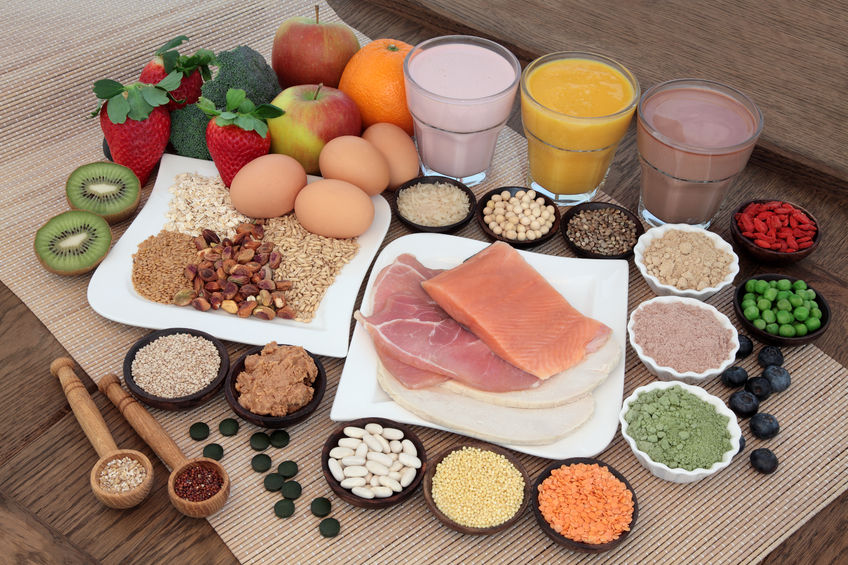 Whenever we talk about the benefits of protein it’s almost always focusing on how it can help younger people to build bigger muscles, increase their metabolism, and recover from all of their young-people activities (trampolining, weighted yoga, squat jumping off their hoverboards). But the reality is that no matter what your age of lifestyle is like, consuming a high-protein diet is beneficial. In fact, the older you are, the more protein you require.

The Benefits of Protein

The first thing we are going to do is look at the general benefits of a high protein diet, before looking specifically at the needs of the elderly. Protein is a macronutrient, (others include fat and carbohydrates) of the three it is the hardest to digest. This means that it creates more body heat as the body attempts to digest it, leading to a raised metabolism post-consumption.

The more protein you eat, the higher your metabolism will be. This is the reason why Halton & Hu (2004) found that protein increased thermogenesis and therefore metabolism [1]. The study also found that protein increased satiety, which is the feeling of fullness you get after a meal. More satiety means less snacking between meals, which means lower calories consumed per day.

Combining protein with resistance exercise (weight training) has been shown to be an even more effective way to increasing fat loss. Hulmi et al. (2015) found that whey protein and weight training led to greater fat loss when compared to carbohydrate supplementation [2].

What’s interesting about protein, though, is just how much more we can afford to have in our diets. A study by Pasiakos et al. (2013) found that consuming double the recommended daily amount of protein protects muscle whilst trying to lose weight [3]. In fact, the change of protein to carb ratio alone can lead to improved body composition, this was reported by Layman et al. (2003) who looked at overweight women who were dieting [4].

The Age-Specific Benefits of Protein

One of the main changes that occur as you age is hormonal. Women go through Menopause while men’s testosterone levels slowly drop. This can cause a lot of issues: a loss of bone density, a lowered metabolism, and a loss of muscle. Exercise and diet can mitigate a lot of these changes.

For example, Type II diabetes becomes more and more likely the older you are, but a 2013 study found that milk protein can “improve metabolic health” and lower your chance of getting it [5]. Protein can also help to prevent muscle loss, in much the same way that it can prevent muscle loss during dieting.

Muscle Protein Synthesis (MPS) is the process of using dietary protein to build bigger and stronger muscles. When you perform any form of exercise your muscles contract, which causes muscle fibre damage. This sounds like a bad thing, and if you didn’t consume any protein, it would be. But muscle fibre damage is necessary for hypertrophy and strength gains.

The damaged fibres are repaired and replaced using protein, and the replaced fibres are now stronger and more adaptable to the exercise. This allows you to lift heavier weights next time. One of the main reasons why bodybuilders take testosterone is that it increases muscle protein synthesis stimulation. Meaning that they can afford to damage more fibres and therefore get superior strength and hypertrophy benefits.

As you age, the amount of protein needed to stimulate MPS increases to the point where an elderly person would require a higher amount of protein for their bodyweight than a 20-year-old would [6]. A lack of protein would lead to a loss of muscle size and strength, leading to increased frailty and mobility issues.

Protein timing is not a massive issue, but it could be a great way to fix the problem, so we’ll look at it anyway. Considering the problems that the elderly have with MPS we should be looking at ways to optimise protein intake, and studies have shown that when protein is evenly distributed throughout the day, it can be better used for MPS [7].

But whilst the general public are slowly changing their diets to increase protein, this is not something that older generations are doing. Perhaps due to the tradition of only having meat as part of your main meal and the demonization of animal protein that low-fat diets created in the 70s and 80s.

Spreading protein out between all three meals will help increase muscle protein synthesis, but it will also help fix issue number three.

Due to the fact that older generations tend to have most of their protein at dinner, they tend to have much lower protein intake than younger people. Adding protein to breakfast and lunch will help to improve this situation, which is why there have been many studies on whey protein supplementation in the elderly.

In 2012 Pennings et al. noted that taking 35g of whey protein to breakfast and lunch would be very effective at stimulating MPS and improving lean muscle mass [8]. Whey protein was found to be effective as it was fast digesting and an animal source. However, any form of protein will do.

If you are 50’s or are reading this article in the hopes of helping a family member or friend, then the take home points are: 1) Most elderly people do not get enough protein at breakfast or lunch 2) Increasing protein will strengthen their muscles and allow them more independence as their mobility and health will be improved 3) There are many other benefits to increasing protein that can help prevent a number of health issues and diseases.