You are here: Home / Processed Food / Is Maple Syrup Paleo? 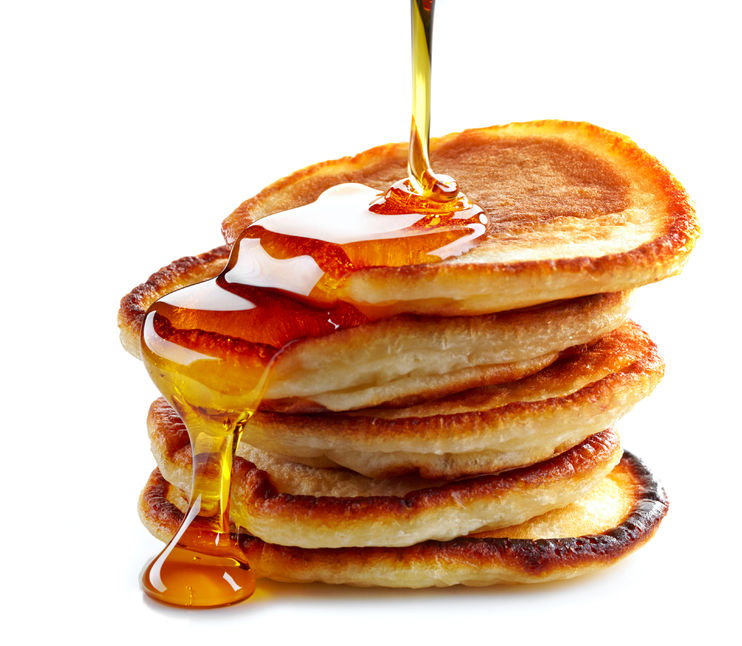 For those who follow the Paleo diet, this is a relatively common question. Unfortunately, it is not an easy question to answer. There are differing opinions by different supporters of the Paleo diet, and there are some pretty decent answers on both sides of this debate. So, let’s look at the data available so that each person can decide whether they believe maple syrup is paleo, and, more importantly, whether or not it is a healthy sweetener.

What is Maple Syrup?

Before we get started, let’s just be clear that we are talking about 100% pure maple syrup. Most ‘maple syrup’ brands found in supermarkets today are far from 100% and far from pure. Major brands add in a variety of coloring, preservatives, and sometimes even high fructose corn syrup among other things. We can all agree that these things are not Paleo friendly. If you take the time to find a high quality syrup that is 100% pure and minimally processed, that is what this post is about.

How is Maple Syrup Made?

The first question that needs to be answered is how maple syrup is made. The production of maple syrup begins when a sugar bush maple tree is tapped. This is done fairly early in the spring when the days are somewhat warm, and the nights are still quite cold. This temperature change causes the fibers in the tree to expand and contract, which pushes the sap out the tap.

Over the course of several days, a good amount of this raw maple sap builds up in a bucket or other container (commercial farms use long tubes to bring the sap from multiple trees into one holding tank). Many people will be surprised to know that this sap is a mostly clear liquid and has a mildly sweet aroma.

Once the sap is collected, it is boiled down for quite some time. In commercial syrup facilities, it takes almost 50 gallons of sap to create a single gallon of sellable maple syrup. When making it with smaller batches, the amount it is boiled down will vary. Longer boiling times makes thicker, sweeter syrup. Shorter boiling times leads the syrup to be thicker and less sweet.

So, based on what we can see here, the only processing done is boiling it down to make it thicker and sweeter. Also, we know from history that people have been consuming maple syrup for a very long time, many would argue thousands of years. Based on this information, we can say that maple syrup is indeed paleo.

No – Maple Syrup is Not Paleo

On the other hand, it is very hard to believe that our ancient ancestors were tapping dozens of maple trees, collecting 50+ gallons of syrup, boiling it for hours or longer, and then enjoying it. It is far more likely that they would use it as a sweet drink, or possibly boil it down a little to mix with other drinks or foods for an improved taste.

If we went back in time to our ancestors and gave them a bottle of even the highest quality maple syrup, they would have no idea what it was. Based on these factors, there is a strong argument to be made that maple syrup is not paleo (unless you tap the trees and drink the raw sap yourself).

Given that there is an ongoing debate within the Paleo community about whether maple syrup is paleo or not, let’s look at the more important question. Is it a healthy option to use as a sweetener?  Here again, the answer is both yes and no.

If you compare maple syrup to ordinary table sugar, you will have some advantages. Maple syrup did come directly from a tree and is less processed and refined than white sugar. You’ll get some additional nutrients, but very few because it has been boiled down. So, while maple syrup may be a healthier option than table sugar, it can hardly be called a healthy alternative.

The makeup of maple syrup is about 50% fructose and 50% glucose. This means that you will certainly get a nice spike up in the blood sugar, and have that ‘sugar high’ that most paleo followers want to avoid. Also, the fructose can cause fatty deposits in your liver, and contribute to a wide range of other health issues.

So, the real answer here is, no – maple syrup is not a healthy food.

But Let’s Be Realistic

As much as we wish it were otherwise, not everyone who follows the paleo diet does it perfectly. Almost everyone ‘cheats’ here and there and most adherents to this diet need to indulge their sweet tooth once in a while. One of the many things that set most paleo dieters apart from other people is the fact that we know that life must be lived!

Every once in a while, that may mean using some sweetener in or on your foods. If you are going to use a sweetener, 100% pure maple syrup that is minimally processed is a good option to consider. It can taste great; it is far more natural than most other options on the market today, in very low quantities it is not going to cause any real health problems.

So, if you make some delicious paleo friendly pancakes for a special occasion, don’t feel bad about putting just a little bit of high-quality maple syrup on top. You’ll love the sweet taste, and you can even use this as an opportunity to explain to friends and family how even people on the paleo diet can enjoy their breakfasts.