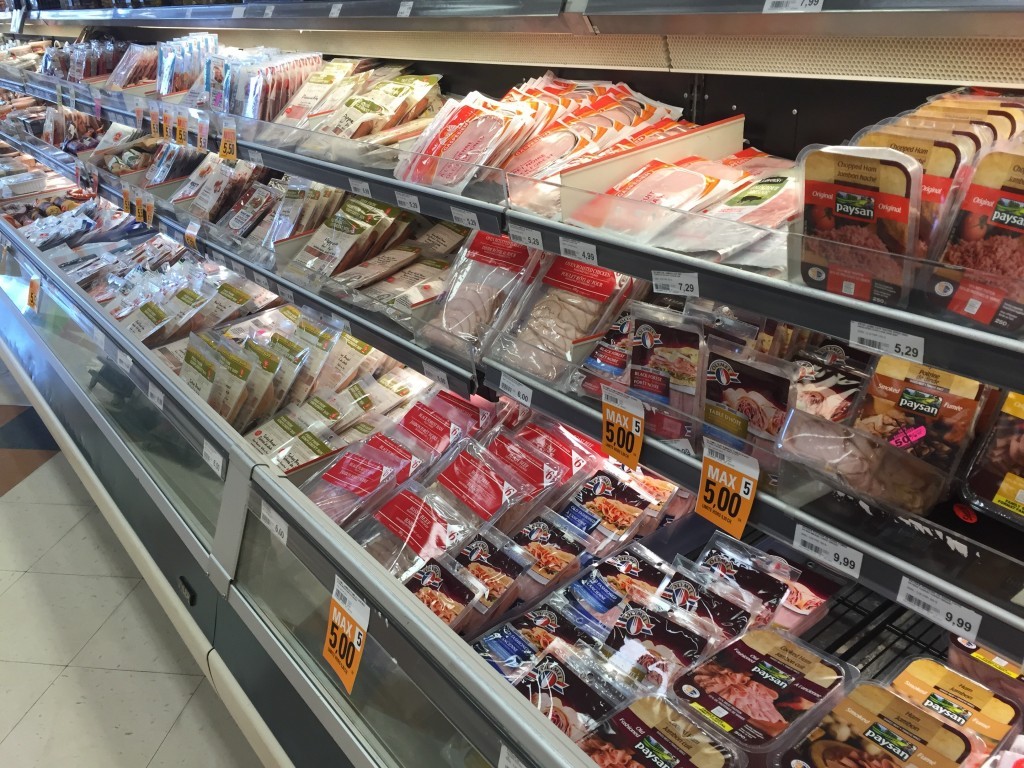 When moving to a healthy diet without processed foods many people assume that meats are all a healthy option.  The fact is, however, that there are many different types of processed meats that contain added sugars, fats, nitrates, chemicals, preservatives and more.  Whenever possible it is best to eat fresh cut meat that has not been processed in any way.  The following meats are all processed in some way and should be removed from your diet when possible.

Lunch meats are one of the most popular types of processed meats.  While convenient, they should be removed from your diet:

Sausage type meats are always processed and typically include added sugar, salt and other unhealthy items.  In many cases, they also include added fats or oils.

Of course, there are dozens of other types of sausage.  These are just some examples to keep in mind.

Buying pre-cooked or pre-prepared meats is almost never a good idea.  They are usually made with low-quality meat to begin with and have many added preservatives and other unhealthy items that should be avoided.

There are many other types of processed meats out there as well.  Any meat that is cooked, preserved or otherwise changed from the way it was originally cut off the animal is considered processed.  Some processing is going to be worse for you than others, but for most people it is best to just avoid virtually all processed meats.

Taking the time to buy fresh meat from a butcher, farm or other source and cooking it yourself will help ensure you are eating as healthy as possible.  While it may be a little extra work up front, it is well worth the effort in the long run.