You are here: Home / Processed Food / The Rise and Fall of The Low-Carb Diet 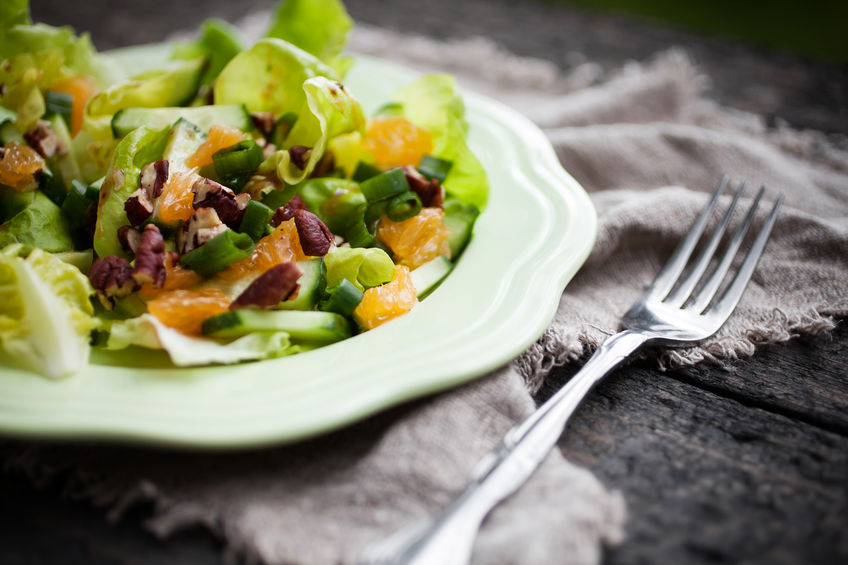 Fad diets have been around since the 19th Century when Lord Byron popularized the water and vinegar diet. Over the years, many different fad diets have surfaced, each reflecting the era in which they began.

In the 1930s, the most popular fad diet was the “Grapefruit Diet,” where dieters would eat a grapefruit before every meal with the belief that grapefruits contained fat burning properties. Sadly, this has been disproved, although a 2012 study found that following this particular diet led to improved blood pressure [1].

During the 1950s, the Cabbage Soup diet came into prominence. Designed to last seven days, it was meant to cause around 4 to 5kg of weight loss. The principle of the diet was that of eating zero-fat cabbage soup 2 to 3 times per day while adding certain foods for specific days. For example, you would add fruit on the first day, bananas and milk on the third, and beef and vegetables on the sixth.

As with the grapefruit diet, the cabbage soup diet was never about the cabbage, but about calorie restriction. The problem with the cabbage soup diet was that it was very low on protein, a terrible mistake as foods high in protein are a great way to help the stomach feel full  [2], as well as preventing the loss of muscle [3]. Additionally, there is no long-term approach to this diet. Therefore, the regaining of weight would prove to be a problem.

In the 1970s, SlimFast became very popular, and the meal-replacement shake industry was born. Slim Fast was designed to replace breakfast and lunch with a low-calorie (220 cals) shake, containing 3g of fat, 40g of carbohydrates, and 10g of protein. In addition to the shake, you were then expected to eat a 500 calorie dinner, leading to a total of 940 calories consumed. Concerning the average caloric intake for men, being 2,500, and 2,000 for women, Slim Fast’s target caloric intake is shown to be significantly lower.

The first shake, which was very low in protein and high in carbohydrates, was adapted by Slim Fast in the early 2000s as the low-carbohydrate diets became popular. The newly adjusted shakes now had a decreased amount of carbohydrates. Today, the meal-replacement shakes are to be consumed with 3 Slim Fast snacks, adding another 300 calories to the daily intake, proving to be an improvement while also boosting sales.

In the 1990s, everyone was now looking at low-fat diets as the solution to their problems. In 1992, however, Dr. Robert C. Atkins published a book named “Dr. Atkins’ New Diet Revolution,” which changed the population’s view on diets. The title could not have been more suitable.

For decades, there have been low-carb diets in multiple shapes and forms. For example, the Grapefruit diet previously mentioned also had a low-carb alternative. However, none of the diets ever gained the same level of public awareness as the Atkins diet did in 2003. The book, having first been written in 1972, was based on a journal article published in 1958 by Alfred Pennington [4].

The diet consisted of 4 phases:

Between the years of 2003 to 2004, the Atkins diet was the most famous around, having been mentioned in newspapers and on television. Slowly, it became a part of popular culture. The reason behind the Atkins Diet’s popularity is that it worked in the short term. While phase 1 could be described as extreme, it was guaranteed to lead to weight loss. By removing carbohydrates from your diet, a calorie deficit will be created. The consumption of calories being lower than the calories burned throughout everyday life will lead to the body burning stored energy (body fat) to create a balance.

The high protein levels prevent muscle being catabolized (burned for energy) as the 2013 study by Pasiakos et al. attests [3]. A rarely spoken fact in regards to the Atkins Diet is how plentiful carbohydrates were in the Western diet. Keeping high levels of protein was not thought of as important and dietary fat was still seen as the enemy by most people.

This gave carbohydrates a free pass in most people’s eyes. It is still common, particularly in the older generation, for people to only consume protein in the evening. Doing so is not recommended as protein synthesis (the building of muscle) functions best when protein is consumed evenly throughout the day [5].

The Atkins Diet provided a wake-up call for the population to realize that the consumption of carbohydrates in their diets was much higher than it should have been. Sadly, this led to people viewing carbohydrates as “bad” foods, when in reality it should have resulted in the discovery that improving the protein to carbohydrate ratio by slightly lowering carb intake and increasing protein could lead to the improvement of the physique, which studies have shown [6].

Other diets similar to Atkins but perhaps more moderate, were the Zone diet (which followed a low-carb, high-fat ratio and encouraged five meals per day) and the South Beach diet.

The South Beach diet became almost as famous as the Atkins diet during the low-carb diet craze in the early 2000s. While it didn’t drop carbs like Atkins, it separated carbs into “good” and “bad” and then removed or severely restricted the “bad” carbs. The South Beach diet, which was split into three parts, began with phase 1 by avoiding all carbs except for vegetables. Dairy and alcohol were also banned.

Carbs were slowly added back in over phases 2 and 3, and as with the Atkins Diet, the South Beach diet could work well if the initial phase was withdrawn. A severe cut in carbohydrates is not only bad for a person’s health but is also very difficult to maintain.

Why did Low-Carb Diets become popular?

The reason low-carb diets such as Atkins and the South Beach diet became so popular is the same reason all fad diets become popular: they offered a simple solution that promised incredible results. A lot of diets tend to be quite confusing, and thanks to the rapid rise of Sports Science and performance nutrition over the last few years, information is always changing.

In this sea of confusion, finding a book that says “Cut out carbs for the next few weeks, and you’ll be skinny!” must have been a fantastic feeling. A large number of celebrity endorsements for these books and diets led to the making of a huge diet fad.

Another reason why low-carb diets were so popular is that they worked! However, only in the short term. You’d see your friend drop 10lbs in 6 weeks, and you’d decide that maybe bread was the devil’s food after all.

Why did Low-Carb Diets fall out of favor?

While low-carb diets did fall out of favor (the Atkins Diet company went bankrupt within three years), the belief that carbohydrates are solely responsible for body fat is as popular as ever. There is more information available to would-be dieters than there has ever been, but there is also misinformation.

Fitness ‘experts,’ who have gotten all of their information through a six-week personal training course, can build followings numbering in the thousands with the mentality that carbs are the enemy. The real reason why the Atkins and South Beach diets failed is that the truth came out: long term low or zero-carb diets led to the drop in testosterone levels while Cortisol rose, which causes muscle loss, weight gain, and lowered libido [7]. Gym performance may also suffer, however not for everyone, and bad sleep and chronic fatigue can also occur.

Not all low-carb diets are bad, however; if your diet is very high in carbohydrates, lowering the amount may help you lose body fat. The lowering of fat intake may also show improvements. The low carbohydrate diets of the past went wrong by 1) not concentrating on protein levels, 2) by dividing foods into good or bad, and 3) by promising the world.

Low carbohydrate diets are not as effective as people believe, but nor are they completely without merit. If we take the good from these diets (less processed carbs, high vegetable intake, more protein), and ditch the bad (removal of wholegrain carbohydrates, intense/almost zero-carb phases, and the vilification of perfectly good food), a decent diet could be created.

If you are to take anything away from this article, it should be that paying attention to what you eat, making improvements to your diet, and increasing your fruit and vegetable intake are all excellent ways to improve your physique. Being extreme is never the answer.