You are here: Home / Health Benefits Of... / The Benefits of Caffeine 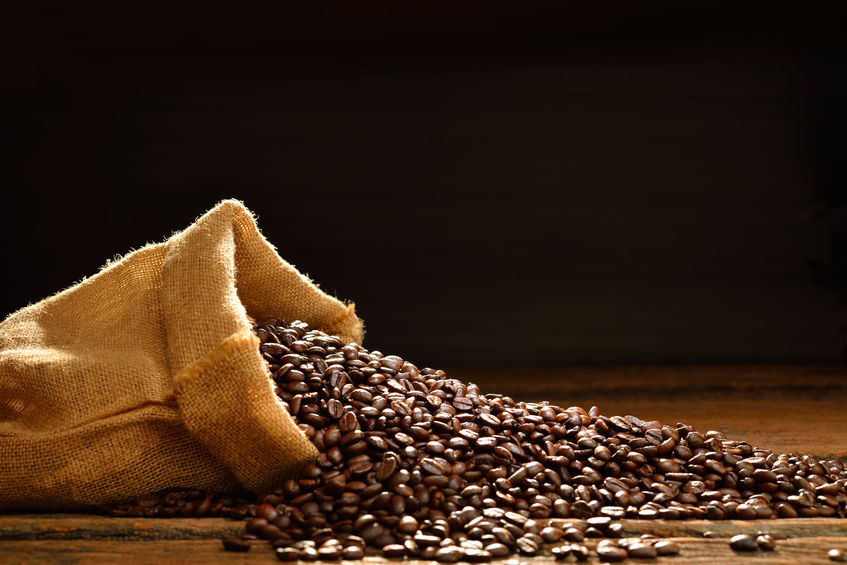 Caffeine is the most popular social drug in the world. It works by stimulating the central nervous system and masking fatigue. Caffeine can help you to delay sleep, become more awake after rest, and perform better (whether in the gym or at work) when sleep-deprived. Caffeinated drinks are often drunk socially and not for the intended benefits, but for the enjoyment of the drink. This separates caffeine from most other drugs – legal or not.

Many people believe that caffeine gives them energy, but this is not the case. A cup of black coffee, for example, would only contain 2 calories. What caffeine does is help you temporarily overcome fatigue. There is a compound in the body known as Adenosine, and that builds up throughout the day. This compound is measured by an Adenosine receptor, the more Adenosine that the receptors measure, the more tired you will be.

Caffeine blocks the Adenosine receptors, which will prevent you from getting tired. This will stimulate Adrenaline which will give you energy, and this is why too much caffeine can lead to a racing heart rate.

The most common sources of caffeine are coffee and tea, but there are many other ways to increase your caffeine consumption. Students will probably be aware of caffeine tablets such as Pro Plus, while gym-goers should know that the fancy pre-workout drink that they bought was essentially caffeine.

Chocolate and soft drinks like Coca-Cola have also been identified as containing caffeine, but the levels are so low as to be almost non-existent. In other words, you are unlikely to gain any benefits nor suffer any downsides as a result of consuming them, the energy rush you might experience would be from the high sugar content.

How much Caffeine should you consume?

This is an interesting question, if you are looking to improve performance, then a look at the relevant literature would show that around 4-6mg/kg is the correct dosage [1][2]. Meaning that if you weighed 100kg, you would need to take 400-600mg of caffeine (1 cup of coffee tends to contain 100mg of caffeine).

This is a very high amount of caffeine to take, though, particularly if you don’t have a very high caffeine tolerance. According to the Mayo Clinic, you should consume no more than 400mg of caffeine per day (though they do not differentiate between different body weights), so if you are planning on a high caffeine dose before a workout make sure that this is the only source of caffeine that you are taking for the day.

The Benefits of Caffeine

One of the biggest benefits to consuming caffeine is that it can increase your metabolism, a faster metabolism leads to more calories burned per day. So long as you don’t replace those calories elsewhere or lower your daily activity (walking less, sitting more) an increased metabolism should lead to fat loss [3].

Fat Oxidation is a fancy way to describe the burning of fat for energy. If you are looking to lose weight, then fat oxidation is what you want. A study by Rumpler et al. (2001) found that Oolong Tea (a caffeinated tea) led to increased fat oxidation in men [4]. Another study by Dulloo et al. (1999) found similar results with caffeinated green tea extract [5].

What’s great about caffeine as a performance enhancer for sport is its diversity. Not only can caffeine help fast paced, high-intensity sports such as 100m sprints. It can also help endurance athletes, and all the sports in between [6].

One of the reasons why caffeine is so useful for sports performance is that it has a huge effect on power. A study by Lane et al. (2013) found that even a low dose of caffeine could increase power significantly [7].

The rate of perceived exertion (RPE) is a measure of how hard someone perceives an exercise to be. So, for example, a very unfit person would have a much higher RPE for running 400m than an Olympic runner would. One of the benefits that caffeine seems to offer is the ability to lower the RPE for an exercise. Backhouse et al. (2011) found that high doses of caffeine (6mg/kg or 600mg for a 100kg person) significantly lowered the rate of perceived exertion in cyclists [8].

Interestingly, caffeine’s ability to lower RPE may be linked to its effect on pain. A 2011 study found that ingesting caffeine lowered reported pain during a grip to exhaustion task [9]. Lowering pain levels would lower RPE, which if you think about it would probably account for the increased power that other studies have reported!

Whilst there are many benefits to taking caffeine (we’ve barely cracked the surface here) there are also some drawbacks. One of the main problems with caffeine is that you can fast develop a tolerance for it if you frequently take high doses.

As mentioned earlier, caffeine works by binding to Adenosine receptors to block them from measuring Adenosine – this prevents you from feeling sleepy. But the body is always adapting and what happens is that it starts to create more Adenosine receptors. Meaning that your cup of coffee that 2 months ago was blocking say 10 receptors (this number is just a simplified example) and leaving only 1 free is still blocking the same amount of receptors, but there are now 20 free receptors available.

So the only way to feel as energised is to increase the dose of caffeine to 3 cups, which now blocks all 30 receptors. But give it a few months and even this new dose will lose its effectiveness. This was proven in a study on rats by Chou et al. in 1985 [10].

It does seem to be possible to reverse your tolerance by cycling your caffeine. This means going through periods where you abstain or severely limit the amount of caffeine you consume until your tolerance has rebuilt itself.

It is only really necessary to cycle caffeine if you are using it for sporting performance or fat-loss. Also if you have been abusing it slightly. If you are just socially drinking it then building up a tolerance is not only less likely, it is also less of an issue.

It is hard to overdose on caffeine, but there are some unpleasant side effects to taking too much at a time. High levels of caffeine can produce hallucinatory experiences [11], or potentially (though this is not likely) hospitalisation for arrhythmias [12].

At the end of the day treat caffeine with respect, and you will see many benefits to your health and fitness, just remember that it is possible to have too much of a good thing!