You are here: Home / Processed Food / What is Aspartame? 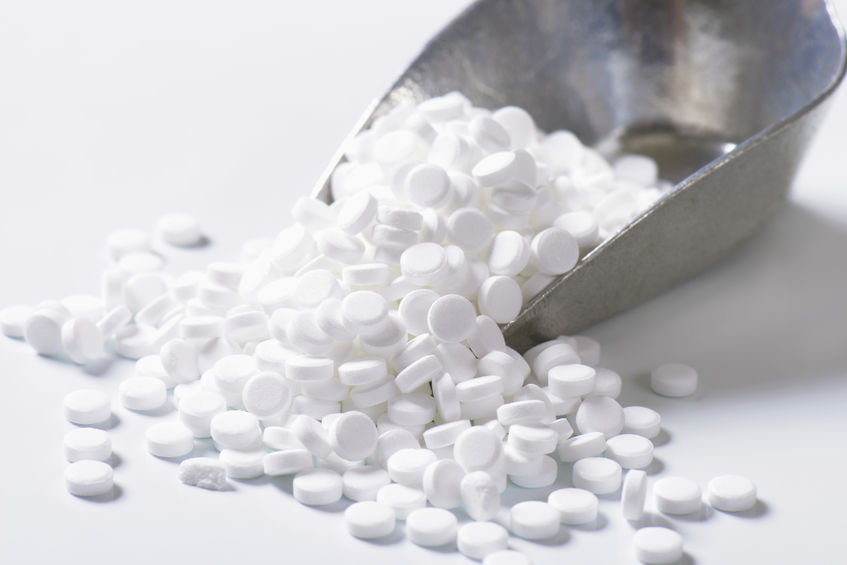 Many foods today are controversial. Everything from meat to cream and even some vegetables are up for debate on whether or not they are good for you. No food comes close to creating the controversy that aspartame does. Aspartame is an artificial sweetener, which is most commonly sold under the brand name NutraSweet. It was first approved for use in food products back in the 1980’s and has been quite popular ever since.

While it is approved for use in foods, is it good for you?  Or more accurately, will this artificial sweetener cause health problems? The answer to these questions is quite complicated, and not just a straight forward yes or no as many would hope.

Aspartame in the Body

When learning about aspartame and its potential health impact, it is important to look at what happens to this product after you put it in your body. What many people don’t realize is that aspartame itself never even makes it into your bloodstream. This is because the digestion process breaks the aspartame down into three main components, phenylalanine, aspartic acid, and methanol.

So, to get a good understanding of what aspartame is and how it will impact your health, you will need to look at what each of these items is:

None of these three components of aspartame are going to cause issues for most people. Of course, as with any food, some people are more sensitive to one or more of these items, which is why those individuals should avoid them. For example, individuals with the genetic disorder known as phenylketonuria should avoid aspartame because it can cause more health issues. This is no different than someone who needs to avoid nuts due to an allergy and is in fact typically less severe.

Should Aspartame Be Avoided

The question remains, is aspartame bad for you and should it be avoided? Many factors will go into this for each person. If you are trying to eliminate processed foods from your diet, which is an excellent idea, then it is good to eliminate aspartame. If you are focused on cutting down the total carb content of your diet, aspartame can be a good option in many cases.

While there have been many claims that say that aspartame has negative health issues ranging from cancer to weight gain, and even mental health problems, the science behind this is questionable at best. For every study that claims this product causes these problems, there is another that shows it doesn’t.

So, as with all diet decisions, it is good to try to get a good understanding of how aspartame works in general (see above), how it affects your body, and then make a right decision that will meet your needs. For most people, it will be best to limit the amount of aspartame simply because it is a processed food product with some unproven claims against it.