You are here: Home / Diets / Real Food / What is Turmeric Good For? 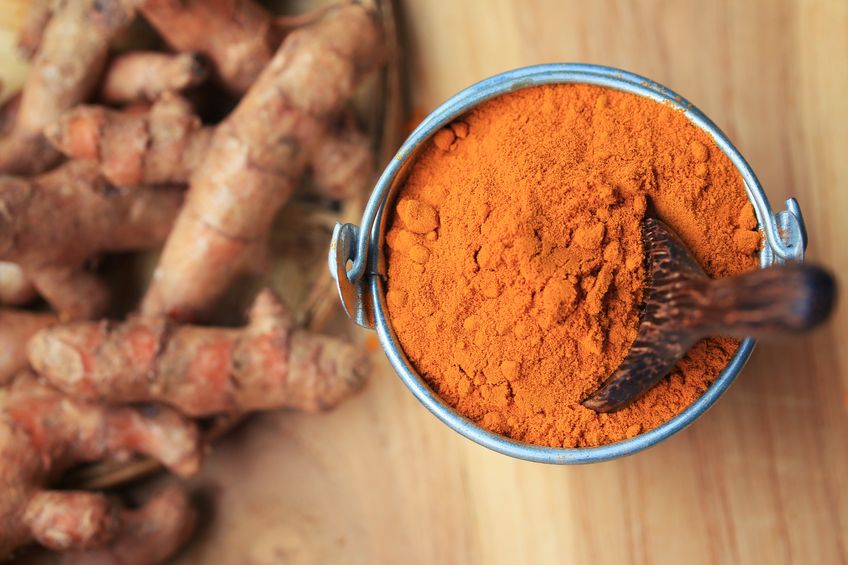 What is Turmeric Good For?

Turmeric is a popular spice that comes from the same family of plants as ginger. It has a peppery flavor that many people enjoy. It has been consumed for thousands of years for its great taste, and for its many medicinal uses. In fact, we do not know how long people have been using turmeric for either food or medicine.

Today it is grown primarily in India, Indonesia, the Philippines, China, Taiwan, Jamaica, and Haiti. It is then shipped around the world where people use it in a variety of recipes and to treat a variety of conditions. The health benefits come from the excellent diversity of nutrients found within. Some of the nutrients include iron, fiber, vitamin B6, vitamin C, magnesium, potassium, and more.

Good for Your Skin

Turmeric has been studied for its potential in improving people’s skin. The study used turmeric extract and applied it on the ultraviolet radiation-damaged skin (to simulate sunburn). They applied the extract for six weeks and found that there was an improvement in skin hydration. There was also sebum content. Overall, the skin was much healthier than it would have been without the turmeric extract.

Curcumin makes up a significant percentage of turmeric and is believed to be one of the many reasons why it offers health benefits. One study looked at how curcumin impacts breast cancer cells. Specifically, the curcumin was used with triple-negative breast cancer, which is a very dangerous type. The study found that curcumin has the potential to stop this kind of cancer cells from proliferation. They believe this is because of the way that it alters the signaling pathways that are present in the cancer cell’s molecules.

There was another study that looked at how an ointment made from turmeric could provide relief from pain that was caused by external cancerous lesions. This pain relief is imperative because these types of lesions can be debilitating, and finding relief helps the patients in many ways.

Excellent for the Eyes

People who have Retinitis Pigmentosa may be able to find relief from this condition by consuming turmeric according to a study conducted at UC Sand Diego. This eye disease is degenerative, and can lead to blindness in many cases. Turmeric can help to slow down its progression, or even reverse it. Another study looked at how turmeric can help as a treatment for macular degeneration, which is one of the most common causes of blindness as people age.

When attempting to lose weight, adding turmeric to your diet can be very helpful. Turmeric contributes to reducing overall leptin resistance, reduces insulin resistance, and can even help to reverse the effects of hyperglycemia. The study also found that it could help to activate gene signals that encourage the body to burn fat. Whether trying to drop pounds or maintain a healthy weight, cooking with turmeric or taking it as a supplement is a very smart idea.

There have been studies that indicate that turmeric can be very helpful in treating Parkinson’s disease. The curcumin in turmeric can easily cross the blood-brain barrier, and acts as a neuroprotective agent. One particular study from Michigan State University found that the curcumin could stop the clumping of a specific protein that is believed to cause Parkinson’s.

Multiple sclerosis is a debilitating condition that afflicts many people. It is an autoimmune disease that typically progresses so that the patient loses muscle strength, among other things. This disease is extremely rare in places where people consume turmeric on a regular basis, which is one of the things that prompted a study by Vanderbilt University. The study found that curcumin in turmeric could prevent the onset of an autoimmune disease in mice that is very similar to MS. These facts indicate that this spice may be an excellent form of treatment for those who have been diagnosed with this disease.

If you are looking for a way to naturally fight off unhealthy bacteria, turmeric is an excellent option. There have been multiple studies that examined the antibacterial properties of curcumin, and they show great promise. It can be used as a natural disinfectant for cuts and burns. Eating it in or on food can also be helpful in fighting bacterial infections of the throat, which often cause sore throats.

Good for the Sleep Deprived

As much as doctors and others recommend getting enough sleep each night, most people do not listen to this advice. While getting plenty of sleep is ideal, studies have shown that turmeric can help to minimize the unwanted effects when people are sleep deprived. The study found that mice who were deprived of sleep for 72 hours had less anxiety, oxidative damage, and other issues that are typically caused by a lack of sleep.

Turmeric is not recommended for people who suffer from gallstones or bile obstruction because it has been linked to worsening of these issues. Also, turmeric can act as a uterine stimulant in some people, so talk with a doctor before adding it to your diet if you are pregnant or may become pregnant. This is a precaution, as millions of people enjoy this spice even while pregnant with no issues.

For most people, turmeric is a very healthy item to add into their diet. It can be used in common recipes, or taken as a supplement, to get all the health benefits it can offer. However you consume it, you will start noticing the benefits within a few days.