You are here: Home / Processed Food / What is Sucralose? 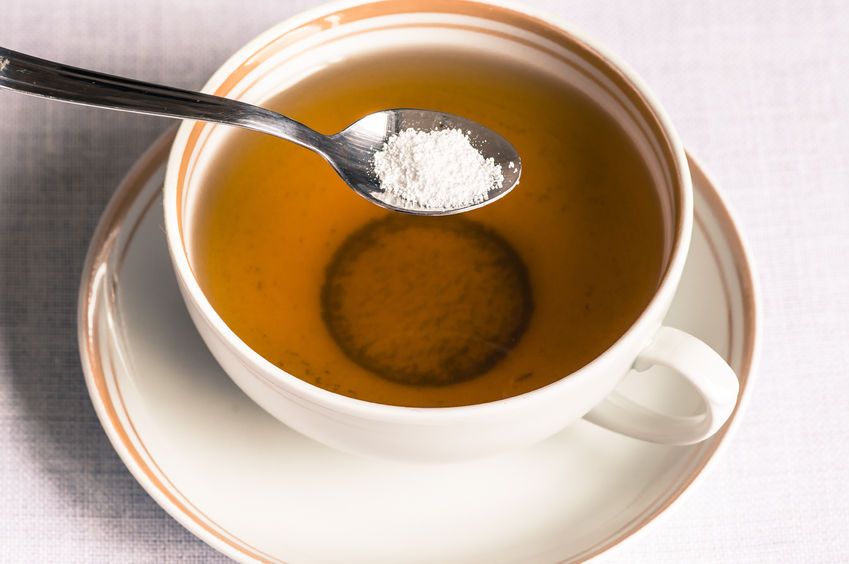 Sucralose is one of the most popular artificial sweeteners (aka, sugar substitutes) on the market today. It is considered noncaloric because of the fact that the vast majority of all of the sucralose is not able to be broken down to the body, which means it passes right through.  Sucralose is between 320 and 1000 times sweeter than sucrose depending on how it is made.

This is a popular sugar substitute for baking because it is stable even at high heat, and in most pH conditions that would be present for cooking. In addition, it does not break down quickly, so it can be used in foods that require an extended shelf-life.

People will typically be most familiar with Sucralose under the brand name Splenda.

When choosing an artificial sweetener, the other popular option is going to be aspartame. These two choices make up a large portion of the overall artificial sweetener market. Knowing which one to choose doesn’t have to be difficult, and in most cases, it is simply a matter of looking at your specific needs, and then choosing the sugar substitute that is best for those specific tasks. Here are some of the main differences between the two:

Is Sucralose Bad for You?

All artificial sweeteners get a lot of bad press when it comes to how bad they are for you. It certainly doesn’t take more than one Google search to find hundreds of people talking about all the dangers of these sugar substitutes, and sucralose is no exception to this. The fact is, however, that scientific studies have found that sucralose doesn’t present any significant health risks to most people who consume it in normal amounts.

As with all unnatural foods (and natural foods for that matter), however, it is a good idea to be aware of some of the negative experiences people have had. While most people can consume sucralose in moderation without any major side effects, there are reports that sucralose can cause some of the following issues in people:

Sucralose was approved by the FDA back in 1998 for use as a tabletop sweetener as well as for sweetening baked goods and other food products. This approval was given only after the FDA reviewed over 110 different studies done on both animals and humans (though most the quality of these studies has been questioned).

When looking at both sides of the ‘is sucralose bad for you’ debate, it seems likely that while it is not nearly as bad as many would believe, it still isn’t something you want to consume every day.  Those who experience any type of negative side effect should stop consuming it immediately and switch back to other sweeteners, ideally natural options like honey.

Does Sucralose Help with Weight Loss?

Another question related to the health issue is whether or not sucralose can help people lose weight. Losing or maintaining weight is one of the most common reasons people choose artificial sweeteners over normal sugar. Unfortunately, a growing amount of evidence is suggesting that sugar substitutes like sucralose don’t actually help with weight loss over a longer period of time.

While sucralose does have zero calories, which will keep your caloric intake down, it can actually cause your body to store more fat. The negative impact on digestion, for example, can make you feel hungry more often, which can actually result in a net increase in caloric intake. In addition, some people report having increased cravings for sweet foods. Even if the sweetener doesn’t have calories in it, the other ingredients of these foods almost certainly will.